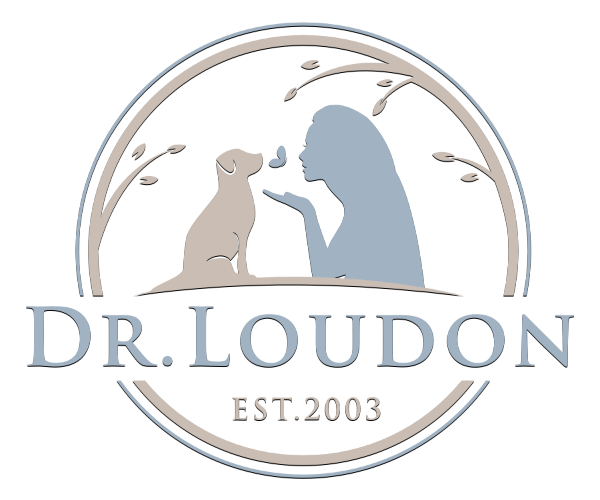 Core vaccines are vaccines that every dog should receive against disease of global significance or where legislation dictates (i.e. rabies). Vaccines included in core are distemper, parvo, adenovirus, and, in countries where it is endemic, rabies. See my Facebook page article on core vaccines.

Non-core vaccines is a group of vaccines which are not recommended for every dog, and are based on the dog’s lifestyle, location, genetic history, general health, and individual exposure risk.

The WSAVA states:
“Certain vaccines have a higher likelihood of producing adverse reactions, especially reactions caused by Type I hypersensitivity. For example, bacterins (killed bacterial vaccines), such as Leptospira, Bordetella (kennel cough), Borrelia (Lyme disease) and Chlamydophila are more likely to cause these adverse reactions than MLV viral vaccines.”

The non-core vaccines include leptospirosis, Lyme, Bordetella (a.k.a. kennel cough), and canine influenza.

Leptospirosis is a disease caused by infection with Leptospira bacteria. These bacteria can be found worldwide in soil and water. There are many strains of Leptospira bacteria that can cause disease. Leptospirosis is a zoonotic disease, which means it can be spread from animals to people. In the United States, most cases of human leptospirosis result from recreational activities involving water. Infection resulting from contact with an infected pet is much less common, but it is possible.

Leptospirosis is more common in areas with warm climates and high annual rainfall but it can occur anywhere.

Common risk factors for leptospirosis in dogs residing in the United States include exposure to or drinking from rivers, lakes, or streams; roaming on rural properties (because of exposure to potentially infected wildlife, farm animals, or water sources); exposure to wild animal or farm animal species, even if in the backyard; and contact with rodents or other dogs.

“The leptospirosis vaccine is the one least likely to provide adequate and prolonged protection, and therefore must be administered annually or more often for animals at high risk. Protection against infection with different serovars is variable. This product is associated with the greatest number of adverse reactions to any vaccine.“

“Leptospira vaccines provide short-term immunity (e.g., 3–12 months) and the efficacy is often less than 70%. Also Leptospira products often prevent clinical disease but fail to protect against infection and shedding of the bacteria, especially when infection occurs more than 6 months after vaccination. The immunity among the serovars varies and immunity varies among vaccinated dogs. Persistence of antibody after vaccination will often be only a few months and immunological memory for protective immunity is short (e.g. 1 year or less). Thus, revaccination may be required as often as every 6–9 months for dogs at high risk.”

An interesting fact to consider is that there is not a leptospirosis vaccine for humans.

“Several problems confront the development of a vaccine to prevent human leptospirosis. First, an unacceptable side effect profile of killed bacterial vaccines has often been reported. Second, the killed bacteria vaccines are likely to provide only short-term and possibly incomplete protection, similar to that reported with anti-leptospiral vaccines in animals. Third, the locally varying patterns of Leptospira transmitted may preclude the development of a suitably generalisable vaccine. Fourth, there is theoretical potential for inducing autoimmune disease such as uveitis and, lastly, there is incomplete knowledge of mechanisms of protective immunity against leptospiral infection.“

I do not vaccinate my dogs against leptospirosis—I live on Long Island, NY.

Lyme disease, which is caused by Borrelia burgdorferi bacteria and transmitted through the bite of a tick, affects domestic animals (dogs, horses, and possibly cats) and humans. The majority of Lyme disease transmissions are due to the bite of the deer tick, or black-legged tick.

Most dogs that test positive for Lyme are not symptomatic. Common symptoms are lameness, swollen lymph nodes, joint swelling, fatigue, and loss of appetite. Rarely, we do see serious kidney complications in dogs. The bacteria can also infect the central nervous system, leading to neurologic symptoms. Dogs that are symptomatic, other than the few with kidney and neurological symptoms, usually respond very well to a course of antibiotics.

The safest and most effective way for you to prevent Lyme disease in your dog is the use of natural preventatives. See my Flea & Tick Prevention post that discusses these options. Check your dog daily and remove any ticks before they can transmit the disease to your dog. Keep your lawn short and free of low lying bushes. Consider a natural spray for your yard—these are also discussed in the post I mentioned above.

Kennel cough, also known as canine infectious tracheobronchitis, is a highly contagious respiratory disease. Dogs commonly contract kennel cough at places where large amounts of canines congregate, such as boarding and daycare facilities, dog parks, training groups, and dog shows. Dogs can spread it to one another through airborne droplets, direct contact (touching noses), or contaminated surfaces (including water/food bowls). It’s highly treatable in most dogs but can be more severe in puppies younger than six months of age and immunocompromised dogs, and can lead to pneumonia.

Symptoms can include a honking cough, nasal discharge, lethargy, decreased appetite, and fever.

Treatment of Bordetella with antibiotics is highly effective and easy as long as it is caught early in young dogs and immunocompromised dogs. In healthy dogs, kennel cough can often resolve without treatment. It is rare for kennel cough to become life threatening. The severe cases we often see are puppies that have come from poor conditions, and that have not been treated early, thus resulting in pneumonia.

“It is important to realize that not all members of the kennel cough complex have a vaccine. Also, because kennel cough is a localized infection (meaning it is local to the respiratory tract), it is an infection that does not lend itself to prevention by vaccination.“

The Bordetella bronchiseptica vaccine is a live avirulent bacteria given up the nose. It’s generally combined with intranasal parainfluenza. The WSAVA advises that “the Bordetella vaccine may promote transient (3–10 days) coughing and sneezing, and nasal discharge may occur in a small percentage of vaccinates.” It has been documented that the vaccine has caused outbreaks in kennel situations.

If you are required to vaccinate for kennel cough by your groomer, kennel, or veterinarian, I would suggest finding alternatives for your dogs.

Canine coronavirus vaccine-, which can still be found in some vaccine combos, is not recommended. There is little evidence that CCV is a primary enteric pathogen or that the vaccine is even effective. Be sure that your veterinarian does ot give this in a combo vaccine to your dog.

If you decide to vaccinate with non-core vaccine please consider the following: